Committed to quality from the conception stage 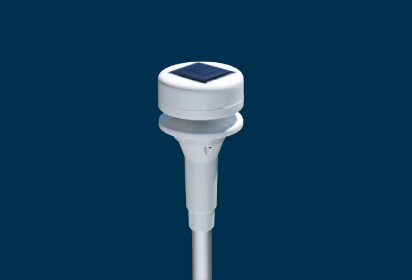 The accuracy of ultrasonic wind sensors is characterised by the stability of results over time, without any maintenance.

Each sensor is tested before leaving the factory 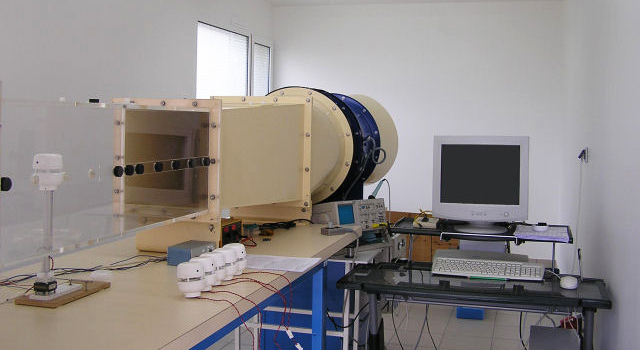 The capacity of our wind tunnel enables measurements from 2m/s to 40m/s (4 knots to 80 knots).

A mechanism controlled by a PC generates the rotation of the sensor. It enables simultaneous verification of the wind vane and anemometer functions.

We are able to establish test reports conducted with different specific wind speeds.

Temperature progression variation is 2°C per minute, then stabilisation for one hour.

Random samples are submitted to tests on 5 measurement points, as well as for thermal shocks.

The wind sensor range EMC compliance is approved by an independent laboratory. 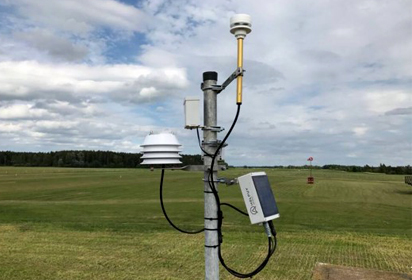 Field testing of the sensors

The CV3F was the first ultrasonic sensor released by LCJ CAPTEURS in 2000. Its reliability was proven with a one year in-field test mounted on the rear stand of French trawlers from Boulogne and Lorient, fishing in the North Sea and Irish Seas. Since 2001, the CV3F sensor has shown its resistance to environmental conditions: sea spray, vibrations and waves.

In rough weather, the absence of mobile parts highly contributes to the wind sensor’s longevity.

Over the years, many regatta sailors and offshore racers have put their trust in the wind measurement technology developed by LCJ Capteurs. In 2007, the CV7 aerial sensor was launched on the market, in order to meet their requirements for accuracy and reactivity in low wind conditions, even while heeling.

On the market since 2007, the sensors of the CV7 and SONIC-ANEMO ranges have also been tested and approved in various terrestrial domains: