Different techniques to fight against frost in agriculture

25 May Different techniques to fight against frost in agriculture

The beginning of spring was complicated for French wine and fruit growers with the fight against frost. Indeed, frost has reappeared after beautiful days when the buds were out. The fight against frost is a real topical subject in view of the climatic changes we are undergoing. Unfortunately, these cold spells have been devastating.

In this article, we would like to give a condensed information on how to fight against frost. First, we will discuss the different types of frost and then the different direct and indirect techniques to combat frost.

The LCJ Capteurs team supports all the wine growers and arboriculturists who have suffered losses, in particular our supplier of Muscadet at the shows, Christophe Maillard.

What are the different types of frost ?

There are several types of frost: by radiation and advection. In particular for the frost by radiation, where there is a difference related to the rate of humidity in the air that will create black frost or white frost. In fact, this rate of humidity in the air is one of the factors that determines the positive or negative impact on crops, as well as wind and temperature.

It is important to know that during the night, both types of frost can occur simultaneously. Among them, one remains more predominant. This is known as radiative or advection dominance. 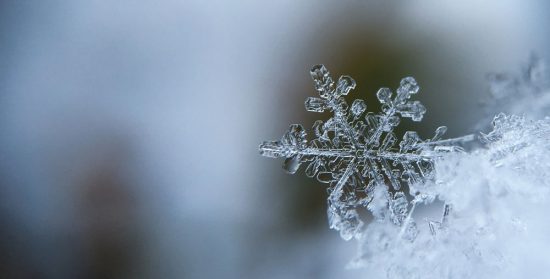 The radiation freeze is the most common type of freeze.

Certain conditions can characterize this phenomenon of freezing by radiation, these are nights when there is no wind, with a clear sky and a temperature inversion in altitude. In general, this type of frost occurs on long nights with low daytime temperatures. It is common to see this type of frost at the bottom of valleys.

Radiation frost is transformed by the humidity level in the air. This will determine two types of frost:

The two types of frosts have impacts for agriculture that are different.

With its low moisture content in the air, black frost has negative effects for agriculture. This is because since its air is dry, it does not allow water to condense on the plant. In general with the humidity, the ice layer that forms around the leaves and buds allows to protect from the cold. When the cold is dry, it enters the molecular structure of the plants and destroys the internal tissues. This results in the color of the plant becoming more and more dull, going to destroy it completely.

Thanks to the water particles in the air, the cold will impact the plants less. Indeed, the water takes on an icy structure, a phenomenon that exists when the wind is weak and temperatures are between -3°C and -5°C. Its structure will be constituted as a crystalline with forms of needles or feathers. Its appearance will be done by stages, layer by layer.

More rare, the advection freeze is characterized by a large mass of cold air accompanied by winds (from 15-20 km/h) over a region. This mechanism occurs mainly in winter, but it can occur in spring. Farmers fear this phenomenon in the spring because the buds are vulnerable to the cold. Advection frost is characterized by:

What are the different techniques for fighting frost?

The cost of these different techniques varies, but is often expensive.

The direct fight against frost

Numerous techniques have continued to evolve to fight against frost and limit agricultural losses. We would like to present them to you.

Here are the different direct techniques to fight against frost:

Sprinkling is a technique that aims to cover the bud with water continuously which allows it to be covered with an ice pack. This phenomenon of supercooling protects the vines up to temperatures of -6°C with a sprinkling of 1.5mm to 2.5mm of water per hour. It is important that the sprinkling continues until temperatures return to positive.

This device has been in the news a lot lately in view of its impressive installations. Indeed, it involves arranging buckets at a distance of about ten meters from each other, one row on two. The fire burns for an average of 7 hours to warm the air. It is more effective when the wind is weak.

Heating wire technology is simply an electrical wire that can heat the environment to about 10 cm in diameter. Used for more than twenty years in French vineyards, heating wires are easily adaptable to the production area because the length is variable and does not influence neighboring plots. Nevertheless, the results depend on the size of your plants, the further the bud is from the wire, the less satisfactory the results will be.

It sends warm air back to the ground since cold air is heavier and this one stays at ground level. The air mixing system replaces the cold air with warmer air by plating to the ground which is located higher. This device allows to gain from 1 to 4°C approximately for a theoretical coverage of 1 to 4 ha, this one is variable according to the slopes of your ground. A better distribution of the air warms the buds.

There are two types of wind turbines:

Unfortunately, this device is noisy and expensive.

Frost tarps are not authorized by the INAO (French National Institute of Origin and Quality) . The method of covering the plants with a tarp is used to reduce heat loss by radiation. It is a covering with straw on the ground or plastic.

However, if it is an advection freeze, this method worsens the health of your crops with the accumulation of cold air under the tarps.

On the same principle as the frost tower, some wine growers / arboriculturists use helicopters. They fly at low altitude, at less than 20 meters, to stir and warm the air of the crops. Unlike other solutions, it is complicated to know the thermal gain brought by the helicopter. On average, the pilot will have to make one pass through the same planting plot every 4 to 7 minutes. This solution makes it possible to cover a large farm up to 20 hectares and does not require much manpower and supervision.

Nevertheless, this means is dangerous to set up because the flight takes place at dawn around 7 o’clock in order to avoid the flights during the night and the important noise in the neighborhood. In addition, this device requires several special authorizations.

Finally, this method works and is profitable in the long run for large farms, since it effectively protects the vineyards. Nevertheless, it is unfortunately ineffective against advection frosts and some black frosts. Since the latter can happen early in the night, it will already be too late for the helicopter that starts at dawn.

The severity of frosts depends on the wind speed. Night-time cooling is slowed down when winds are strong, which reduces the risk of frost. However, one type of wind that farmers fear is the penetrating wind, a phenomenon that occurs when strong winds blow and temperatures drop below 0°C. This creates real damage to crops. Penetrating winds often happen during the period known as the “ice saints”, a popular belief from the Middle Ages. During a period 3 days in May, the risk of cold and frost was particularly high.

The indirect fight against frost

After seeing the direct techniques, there are some other indirect practices to limit the risk of frost on crops:

To avoid spring frosts and for the buds to survive these temperatures, please favor late grape varieties.

Having multiple types of plantings with later and later arrivals can limit the risk of crop loss.

In general, it is best to avoid slopes, as warm air is lighter than cold air, meaning that cold air will tend to stay at the bottom of slopes.

Clearing land allows you to get a fresh look at your land. Nevertheless, shrubs around your crops prevent cold air from circulating.

Weeded soils tend to radiate more warm air than weedy soils. Of course, here we are talking about mechanical weeding. Unfortunately, it’s not the most effective method, but it does have its merits.

With climate change, agricultural engineers are taking a strong interest in protecting crops from severe weather variations. In particular, French researchers from INRAE, Sictag, and WeatherMeasure are currently conducting a study in the Quincy vineyard. This research includes wind measurement, for which they are using the CV7-V ultrasonic wind vane-anemometers.